Redwood City, California startup Abodu has a potential solution for one of the most expensive housing markets in the country: accessory dwelling units.Now, that solution is one step closer to reality the company just raised $3.5 million in VC funding led by Initialized Capital, Adobu announced Tuesday.ADUs like the ones offered by Abodu are permanent structures often added to the property of already-existing single-family homes. They’re also sometimes called “granny units” or “in-law apartments,” though they can also be a solution for adult children moving back to their parents, for example. Abodu says it has installed “dozens” of units in the last year.Read more: California’s housing crisis is so dire, a startup just raised $3.5 million in VC funding to drop tiny houses in people’s backyardsZillow ranked San Jose the hottest housing market in the country for the past two years, and it has prices to match. Last year, the median home price in the city was $1.2 million. Meanwhile, San Jose’s homeless population has continued to grow, increasing more than 40% between 2017 and 2019. The coronavirus pandemic has also led to record numbers of young adults moving back home.California Governor Gavin Newsom and San Jose Mayor Sam Liccardo are working together to experiment with possible affordable housing solutions, CityLab reported, and Newsom has committed to adding 3.5 million homes to the state by the end of his term. Abodu’s ADUs have a big leg up here because the prefab units are preapproved in San Jose, meaning that the paperwork turnaround in the city for buyers can be as little as a day.Here’s a look inside.

The standard units are 495 square foot, one bedroom homes.

Despite the pandemic, the tiny houses are still on display, by appointment only. 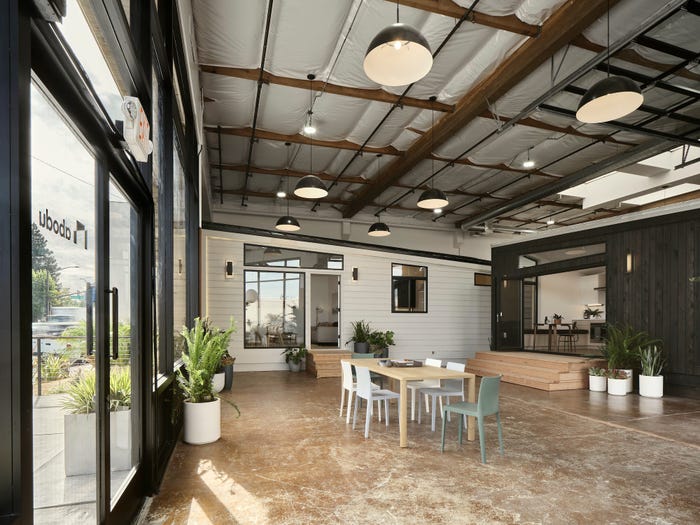 With a 12-week turnaround from order to installation, the units come set up for utilities, plus air conditioning and options for solar panels. 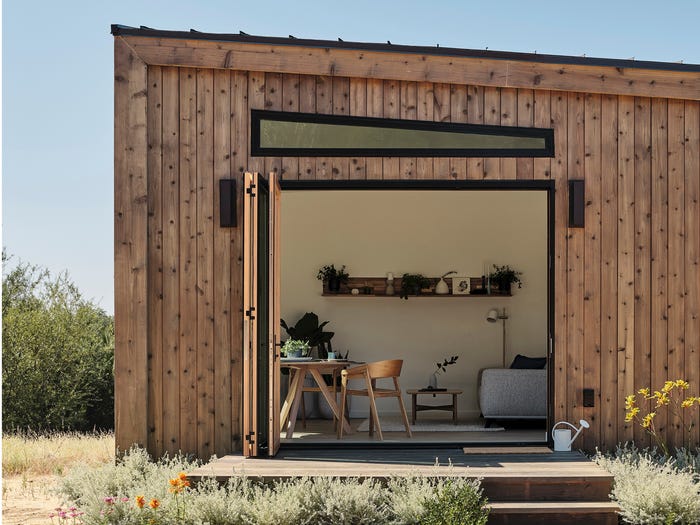 Kitchens include a full-size refrigerator, stovetop, dishwasher, sink, and cabinets for storage. 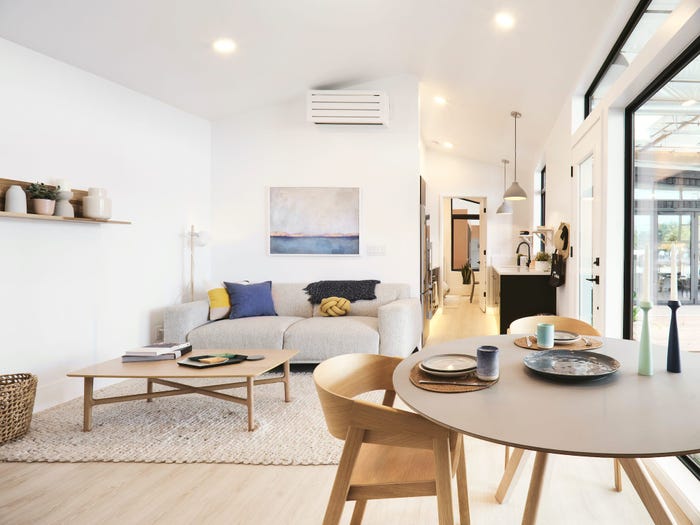 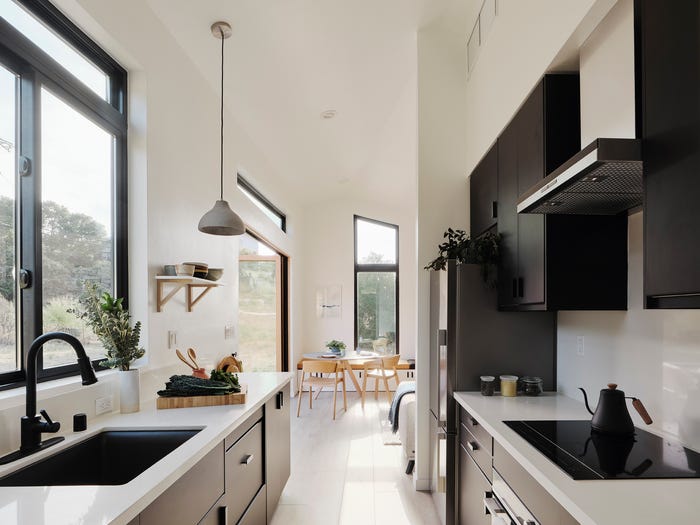 The unit has a separate living room space, and for added cost Abodu will furnish the home. 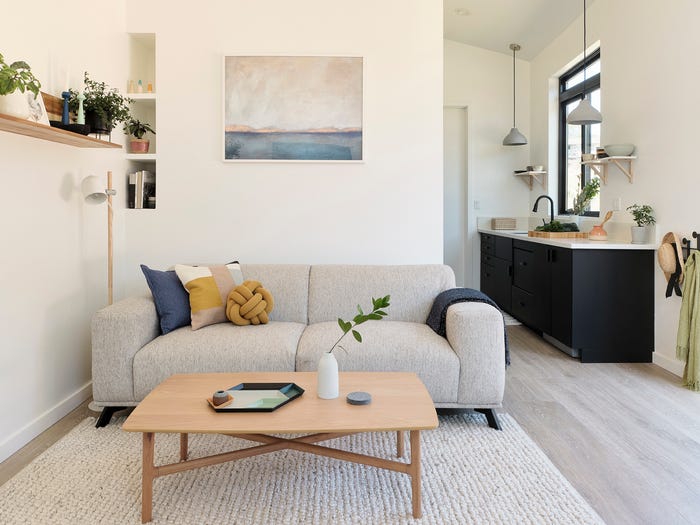 The living room also has a charming window seat, and the bathroom fits a full-sized shower. 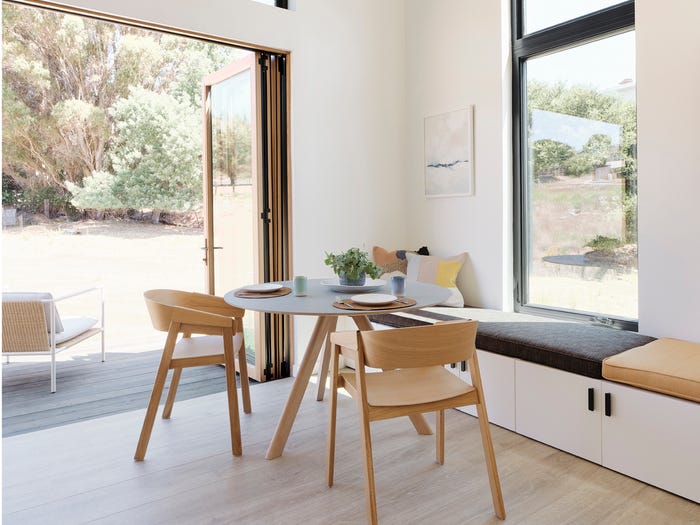 Just about every aspect of the unit is customizable on top of the $199,000 base charge, with additional siding, roof, and flooring options. 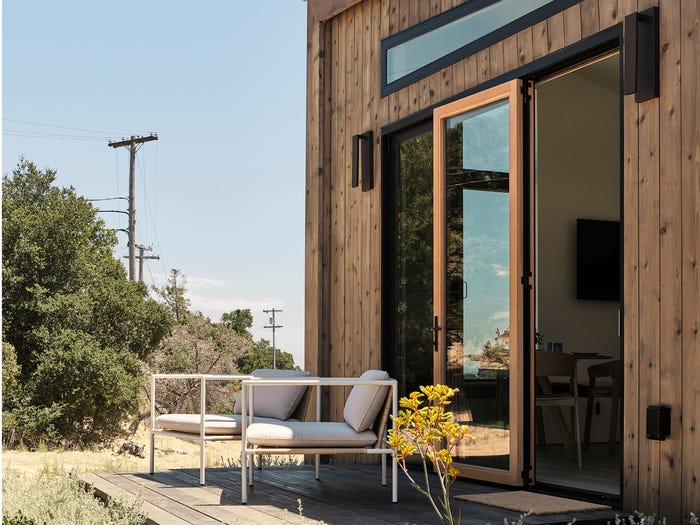 Each unit comes with a glass door and Scandinavian-inspired design. 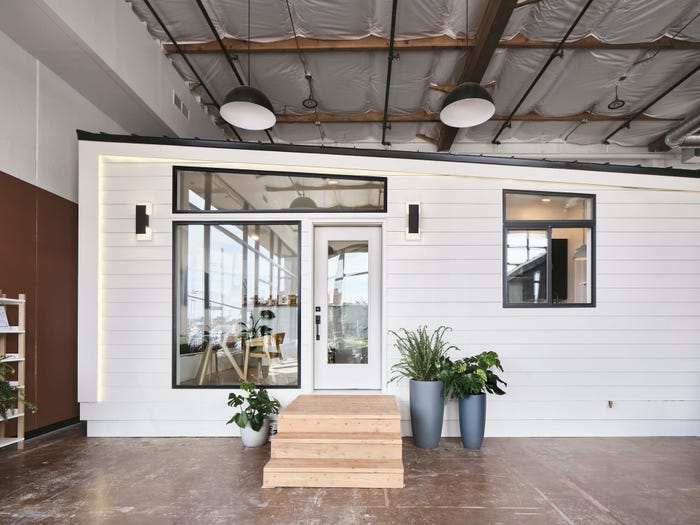 Abodu has streamlined the construction process, ordering materials in batches and assembling them the same way over and over. 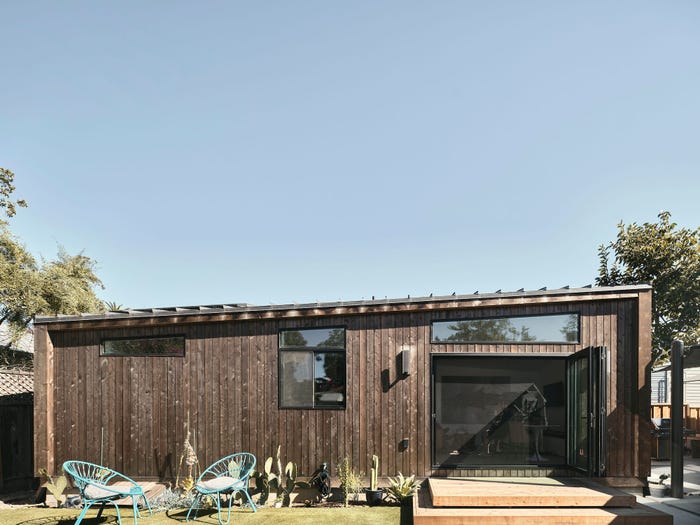 The unit is entirely constructed off-site and then assembled in the backyard in a single day. 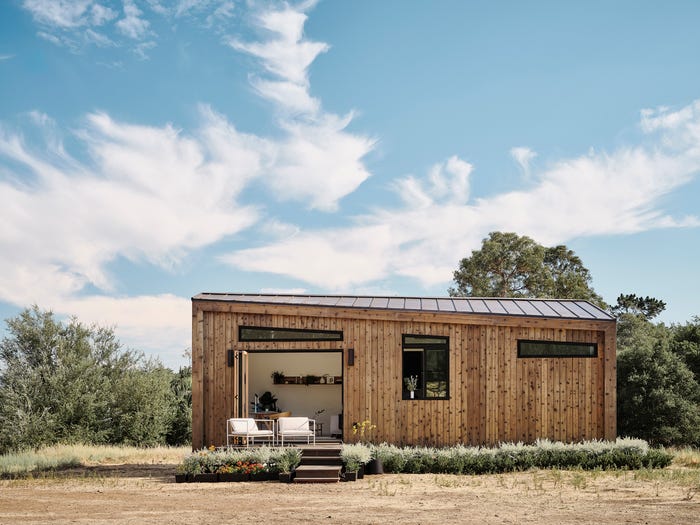